GOOGLE TV – THE GOOD, THE BAD AND THE UGLY AT #IO2010 WITH THE ANDROID, FLASH AND CHROME SHOW

The reality… They are opening the Web to TV, not creating a Widgitized TV space. Embedded TV within web. Embedded web within TV. Seemless. The web ecosystem will become part of the TV ecosystem. You will go from 200 channels to millions overnight. Your content will become more targeted based on your viewing habit and the caveat – so will your advertising. Web Apps meet TV Apps Meet Phone Apps. Preferences turn into Subscriptions.

Scenarios… You are on business trip to Amsterdam on train and watch a hilarious video and want to push it to your TV at home for later viewing or to your wife or husband right away? Press push on your phone, send it from the cloud to your TV at home – in real time. On your laptop upstairs and want to send a great webpage to your kids downstairs watching TV? Push send to Google TV and via the cloud it travels. Want to push a video from your TV to your friends at work on their phones? No problem. Want to use your Android phone to change channels? No problem. TV remote wars begin! Want to create your own episode of Sesame Street? No problem. Want to engage with your Fantasy Sports friends while watching Real Sports? No problem.

The downright ugly… Problem. Crash and Burn Demo. An agonizing hour of nothing working right. And no TV SDK or new Web API until early 2011 – a year away. That’s a long time for Yahoo to get traction in the market with Connected TV deal with partners that include Samsung, LG, VIZIO and Sony – TIVO, AT&T, Intel and LG.

Here’s the question… Based on the demo, the pitch, the dog and pony show etc – will they succeed? Probably, but it might take longer than expected based on the fact they can’t seem to iron out a presentation of paradigm-shifting, innovative and truly disruptive technology – never mind launch one. 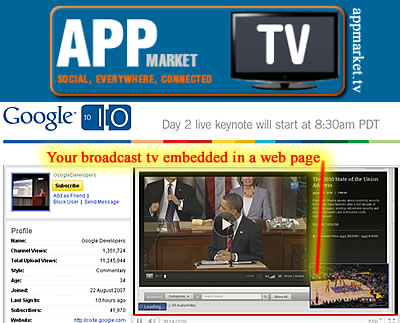 I am sure Steve Jobs was in tears with laughter.

But let’s move on. Because, really, if one can get past the flames and smoke of demo debris – there was a lot of cool stuff.

It wasn’t what I expected. It wasn’t about widgets popping up from a ticker bar like you get with Yahoo and many of the STB concepts kicking around such as NDS and others. It wasn’t about a simple community-driven recommendation engine that gives a social vibe to the experience such as Orca Interactive is driving forward with.

No, it was all about seemless integration. Despite all the hullabaloo over Bluetooth interference, and cries of “turn off your phones we can’t connect”, what we did see of Google TV was phenomenal.

Embed TV in your Web. Embed Web in Your TV. Two hundred channels become a million.

Beautifully translucent overlays over full broadcast TV. Cornered, embedded broadcast TV in full web pages. The interactive blends were wonderfully executed and thought out. Full Youtube integration. Websites or web channels, TV sites or TV channels – it was the mashup up to meet all mashups.

And the real beauty of it all – from a developer’s point of view? It’s ‘almost’ all open standards. Android, Chrome, HTML5 and Flash. Apps will be able to be built for Google TV, the web and mobile simultaneously. The borders will come down. One recipe, many platforms. Sure… web pages will now have to be optimized for TV. That’s a huge transition. How are 200 x 200 px images going to look good on a 50 HDTV? Not. And if webpages are going to all start to be optimized for TV, how are the non-broadband web users going to fare? Or are we looking at multiple templating, and multiple image and video storage and resolution? Could be nightmarish in one sense. Challenging in another.

And what about the under $300 Google Set Top Boxes? It’s one thing to have them built into the TV’s but will the ‘people’ dig pockets for yet-another-box-and-flurry-of-cables-mess around their already packed entertainment wall units. Dick Rempt, CEO of TalentsMedia in The Netherlands doesn’t want another box.

“So, a set-top box could satisfy those that want an internet enabled TV now. Will set-top boxes satisfy in the long run? I doubt it. I for one am certainly not going to buy one now.

But why not? It’s the cables baby. If I just look at the mess of cables around my own HDTV: a hard disk recorder with 6 speakers, the set-top box to select my digital channels from my cable company, my kid’s PS3 and WII. The sight alone is terrible enough – but just keeping the things working… There always seems to be a disfunction through a cable not completely connected… AAARRRGGhhhh. Not to mention the 3 controllers I need (TV, set top box, HD recorder) and the controllers for the game consoles – Nightmare on Elmstreet is a fairy tale compared to this.

So buying a set-top box now to get my TV web-enabled is not an option; at least if I want to save my marriage. But as a matter of fact; I don’t need to – because we have a WII and PS3 which are already capable to connect to the web. My kids already do it all the time.

As I’m not a gamer, I don’t use it for web access. But I’m not typical… but many people these days are gamers so they already have their web access. I see these game consoles as serious contenders to set top boxes. They have one major advantage: a huge installed base and audience.

So there’s an interesting battle between game consoles, web enabled TV’s and cable co’s set-top boxes and it’s heating up. I think cable set-top boxes will lose, the others can co-exist.

NBA.com came out with a brilliant integration – that really showed the power of Google TV. When it worked. Data-hungry fans who revel in stats will drool that’s for sure. Click to record games right off the site for later viewing with full-on PVR integration. And a wonderful interface, chock full, or not if you choose, of options.

Search and record. Youtube LeanBack was also introduced. Now based on your viewing habits and recommendations of your friends if you choose – you can simply lean back and watch. A powerful recommendation with a database that is already chock full of data from some 2 billion videos as day Youtube is now pumping out.

They even plan to have a go at Itunes with something called Google Listen which also include music video now.

But the most amazing part of the show – was the integration of Google Translate into the ecosystem, allowing for real time subtitling in 20 languages – which was built by an engineer who came over to the US from a foreign Google office – whose wife did not speak English. Now that’s a great use of the free time Google gives their engineers to work on their own projects. He fixed a problem and gave the showstopper at the same time. It was truly amazing.

People have been waiting a long time for TV to meet Web. Over 20 years. Now we are on the cusp due to technology, better CPU’s, DST’s, Open Source platforms, Social Media platforms… a lot has changed. The right things are in place.

Even Mark Cuban was a little enticed with the technology – a bit of a turn around from his piece last week when he surprisingly segued into a rabid defense of the ‘old world’ TV. 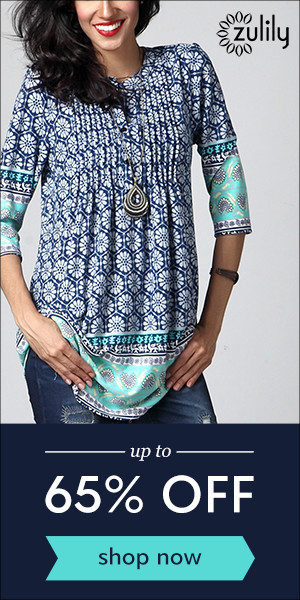 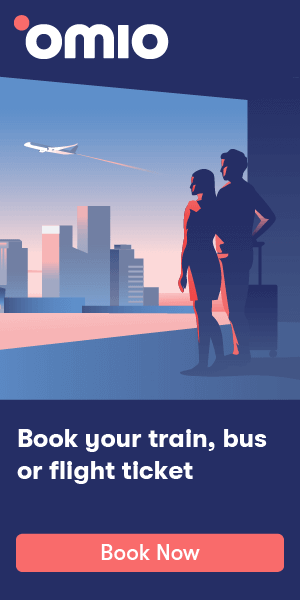